The baffling revival of the vinyl LP

The baffling revival of the vinyl LP
In a bleak year for music sales, vinyl was a rare bright spot
By Peter Weber | January 10, 2014
Tweet

They're ba-ack. (Spencer Platt/Getty Images)
L
ast year was a pretty bleak one for the music industry. Overall album sales dropped by 8.4 percent, to 289.41 million, according to Nielsen SoundScan, and CD sales were down 14 percent. For the first time since iTunes launched in 2003, digital downloads also declined in 2013 — and though the drop was less than one percent, to 117.58 million downloads, that's disheartening news for the great financial hope of the record business.
The only real area of growth was digital streaming, which grew 32 percent to hit a record 118 billion total streams, thanks to Spotify, Pandora, Rdio, and other streaming services. Oh, and there was one more musical medium that grew: Vinyl records.
Sales of vinyl LPs shot up 33 percent, to 6.1 million albums, the highest level since SoundScan started counting in 1991. Statista plots vinyl's rise in this crazy chart:

Vinyl sales have jumped 250 percent since 2002, Statista says, while overall music sales have dropped by 50 percent.
This isn't just an American phenomenon. Britain also saw its best vinyl LP sales in more than a decade, with 550,000 sales as of November, and Australia saw a 75 percent spike in vinyl sales.
Interestingly, nostalgia isn't as big a factor as you'd think. While the No. 1 LP in 2010 was the Beatles' Abbey Road, last year's top-selling vinyl record in both Britain and the U.S. was Random Access Memories by Daft Punk. In second place was Vampire Weekend's Modern Vampires of the City. "We're witnessing a renaissance for records — they're no longer retromania and are becoming the format of choice for more music fans," Geoff Taylor, chief executive of British music industry group BPI, tells AFP.
That may be a bit of an overstatement. The 6.1 million U.S. LP sales still represent only about 2 percent of total album sales, versus 57 percent for CDs and 41 percent for digital albums. Daft Punk's top-selling LP sold about 49,000 copies.
Those numbers make "touting the 'comeback' of vinyl a little bit like telling a double amputee that at least he won't have to spend money on winter gloves," says Claire Suddath at Bloomberg Businessweek. Noting the LP sales numbers in October — 2.9 million — she adds that that's about as many albums as the band Asia sold in 1982. "If you want to save the music industry, you're going to have to do better than Asia."
But that sort of misses the point. Vinyl records are different creatures than digital downloads. They take up a lot of space, play on bulky equipment, scratch fairly easily, and make a hissing noise. If you are buying records today, you are not doing it for the convenience or cost or portability. So, what is behind vinyl's remarkable revival?
"The main reason for vinyl's renaissance is clear," says AFP's Alfons Luna. "It offers a richer sound than downloadable digital songs, which although hiss-free lack the 'warmth' of vinyl records." Other theories include the collectors' aspect of owning a beautifully packaged artifact, and the rejection of the sprawling, multi-tentacled reach of the digital world.
The resurgence of LPs "is largely attributed to the type of people who place a premium on traditional recording formats and the overall listening experience," says Bloomberg's Suddath. "These people probably also eat kale."
Pete Paphides at Britain's The Guardian is thinking along similar lines, saying the rise of vinylphilia "is the closest music consumption has come to the slow food movement."

The upswing in vinyl sales is sometimes put down to the idea that music sounds warmer on vinyl or to the notion that holding a record sleeve and placing its contents on a turntable offers a more well-rounded aesthetic experience than a CD. To be honest, I'm not sure about "warmth."... Perhaps arguing for the warmth of vinyl is simply a matter of trying to justify a pleasure that's sometimes hard to articulate....
The growth of vinyl and the rise of streaming are driven by the same forces. Both provide something that the other, by its very nature, simply can't. The pleasure you get from an experience is often proportionate to how much time and effort you expend. [Guardian]
None of those strike me as the whole story. Harvard Business School's Ryan Raffaelli had researched how the Swiss watch industry reinvented and revived itself after the "quartz crisis" of the 1970s, when Japanese companies like Seiko and Casio decimated Switzerland's storied mechanical watchmakers.
While Raffaelli's "initial research has focused on the watch industry," says Carmen Nobel at Harvard's Working Knowledge, "his findings also help explain a recent resurgence of independent bookstores, a renaissance of streetcars in numerous urban city centers, and the revival of several seemingly archaic products including the fountain pen and the vinyl record."
Raffaelli explains that when the mechanical-watch industry seemed on the verge of collapse, it was watch collectors who stepped in and saved the day, paying top dollar for mechanical watches at auction:

This sent a signal to the industry that aha, there may still be latent value in what they thought was a dead technology. And so these collectors become almost like canaries in a coal mine, in a good way. They sent a signal of hope that there might still be value there. [Working Knowledge]
Vinyl never died, but bands stopped bothering putting out LP records as soon as consumers switched to tapes, then CDs, then digital files. Collectors kept on scooping up old records at second-hand stores and record shops, and their tenacity convinced companies to start making record players again.
Finally, the LP developed enough of a cachet that bands started pressing vinyl discs again — and charging a premium for the LP version of their albums.
Now vinyl is a luxury item, a sign of your high fidelity to the album you are buying and the band that recorded it. It's a strange phenomenon, and it may not last, but right now it's great news for music makers and music lovers. 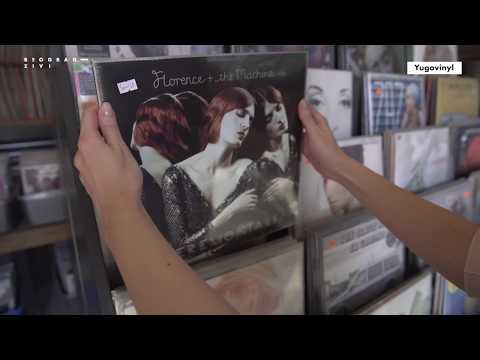